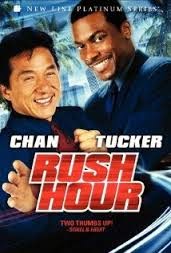 Cultures clash and tempers flares as the two cops named Detective Inspector Lee a Hong Kong Detective and Detective James Carter FBI, a big-mouthed work-alone Los Angeles cop who are from different worlds discovers one thing in common: they can't stand each other. With time running out, they must join forces to catch the criminals and save the eleven-year-old Chinese girl of the Chinese consul named Soo Yung.

This movie is pure comedy from the beginning to the end. You will have a good laugh thanks to Chris Tucker in his role of Carter, a clumsy LA cop. The city of Los Angeles is spectacular and is a great scenario for this entertaining movie. Jackie Chan at its best kicking asses everywhere with an outstanding humble attitude. I think Americans love Jackie Chan because he's so nice and great person.

The main reason why I like this movie is the wonderful duo they play, constantly arguing, while walking around exciting California, USA, about everything, but in the meantime they are loyal partners. The great diversity there is in America singles out in a city like Los Angeles when we go through Chinatown. And fortunately, the movie brings us out there. Interesting cultures melt into a huge variety of ethnicities that make anything possible to happen. This is why America is so interesting and wonderful and we from abroad love her as a beautiful land.

All in all, this is a worth-seeing Hollywood movie and probably you would like to watch it several times!

Posted by Unknown at 5:58 AM No comments: 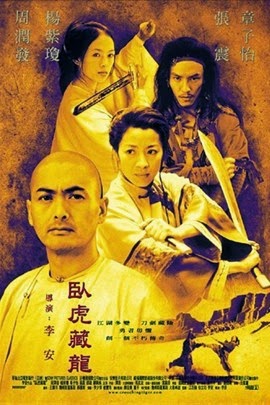 Two warriors in pursuit of a stolen sword and a notorious fugitive are led to an impetuous, physically skilled, adolescent nobleman's daughter, who is at a crossroads in her life.

Impression of View
Oh man I love this movie so much. The first time I saw this, which unfortunately was not at the movies, it took my breath away. I was actually expecting something different to what I saw but I got something better.

This got me more interested in Chinese films as well and opened my viewing experiences. It is good to see the west embrace Asian cinema as well, and for Western audiences to not always see Hollywood junk all the time. Some of the best movies are the ones you probably wouldn't watch.


I think this movie can be interpreted in a lot of ways. A lot of my friends didn't really understand the ending, but I did. It was extremely powerful and moving, because I understood the meaning of it and how it is an act of releasing your torment and soul from the physical world.

Posted by Unknown at 5:50 AM No comments: 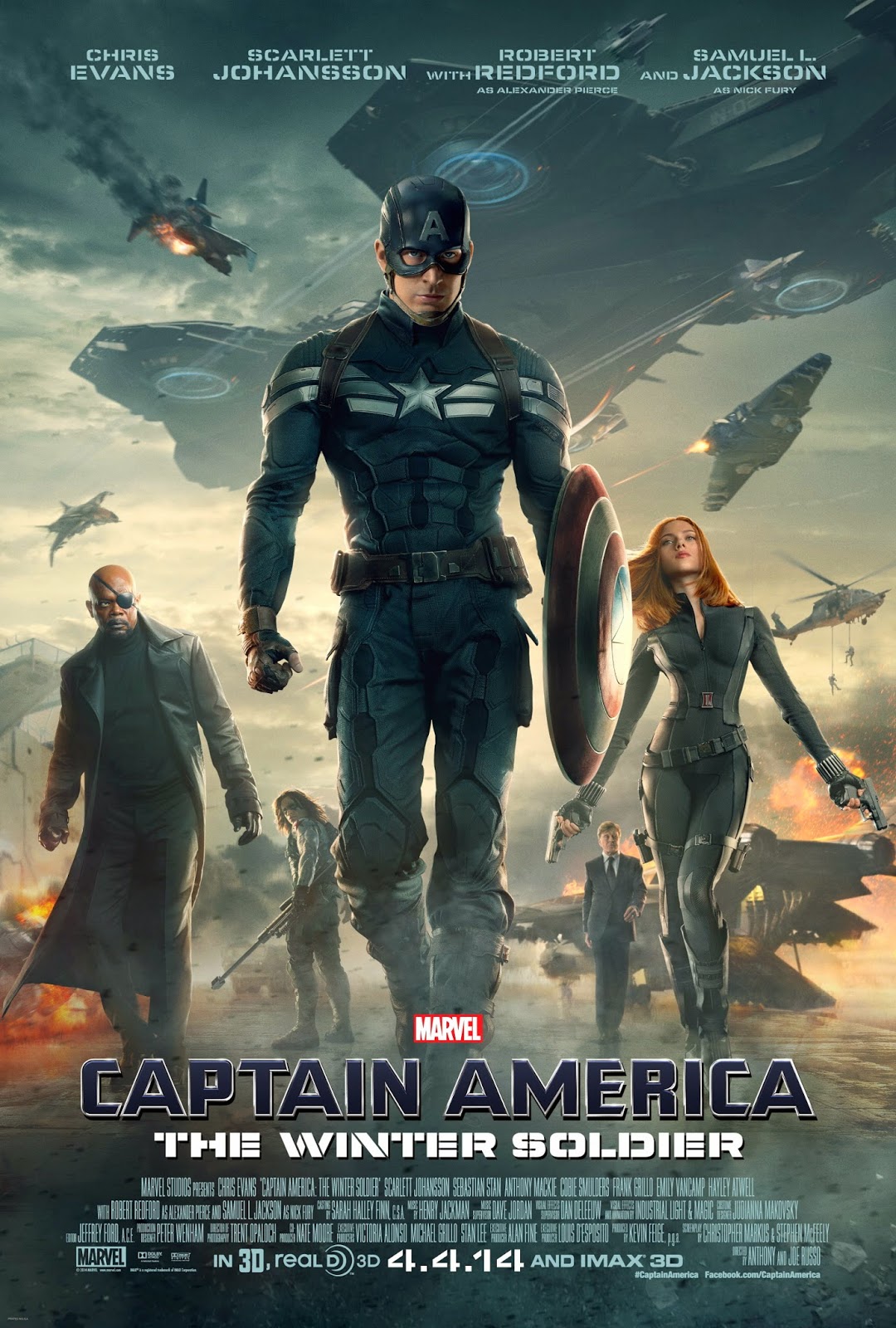 After the catastrophic incidents in New York with The Avengers, Marvel’s Captain America: The Winter Soldier locates Steve Rogers, aka Captain America, residing peacefully in Washington, D.C. and seeking to adapt to the modern world. But when a S.H.I.E.L.D. associate gets attacked, Steve becomes entangled in a conspiracy that threatens to put the world at jeopardy. Uniting forces with the Black Widow, Captain America fights to unmask the ever- expanding plot while combating off professional assassins sent to suppress him at every time. When the heinous scheme is exposed, Captain America and the Black Widow count on the support of a new ally, the Falcon. However, they shortly find themselves up against an unforeseen and intimidating enemy—the Winter Soldier.

This movie is solid with fast and furious action. And even when it slackens, the performance and storyline fill all the spaces between. There are a lot of plot ideas, characters, and stars. All of them have plots. And there is a lot of action. Every plot seems to have one or two twists. When you link together, a group of manipulating lines that to form a tangle . In all, the movie has a lot of action sequence and would be a great treat to the eye.

Posted by Unknown at 9:00 AM No comments:

The Conjuring- Review and Synopsis

In 1971, Carolyn and Roger Perron shift their family into a wrecked farm house and they soon notice strange things occurring around it with intensifying dreadful horror. In fear, Carolyn contacts the well-known paranormal investigators, Ed and Lorraine Warren, to investigate the house. What the Warrens uncover is a whole area immersed in a satanic haunting that is now aiming at the Perron family wherever they go. To bring to an end to this evil, the Warrens will have to bring upon all their skills and spiritual power to defeat this supernatural menace at its source that hovers to destroy everyone involved.

That surely seems like an amazing plot with interesting and horrifying twists and turns. In my opinion, ‘The Conjuring’ has got all the elements of a ‘scared to death’ movie. Its well-developed story and logical reasoning along with a powerful climax will surely keep the audiences pinned to their seats and scared till the last minute. A must watch for those who love horror film.

Email ThisBlogThis!Share to TwitterShare to FacebookShare to Pinterest
Labels: 2013, horror, The Conjuring

Layout for our ISYS100 blog!

So our group decided to choose movies as our topic for the blog. The blog will consist of reviews and synopsis of latest movies from around the world. There will be trailers and images for people to watch to help them decide which movies to watch.  Here's the rough sketch of our blog which focuses on how our blog should appear. A dark colored background and a good contrast between the text and background is what we initially have on mind so that it is easier to read through. So keep an eye on the blog for upcoming movie reviews!

Posted by Unknown at 7:00 PM No comments: